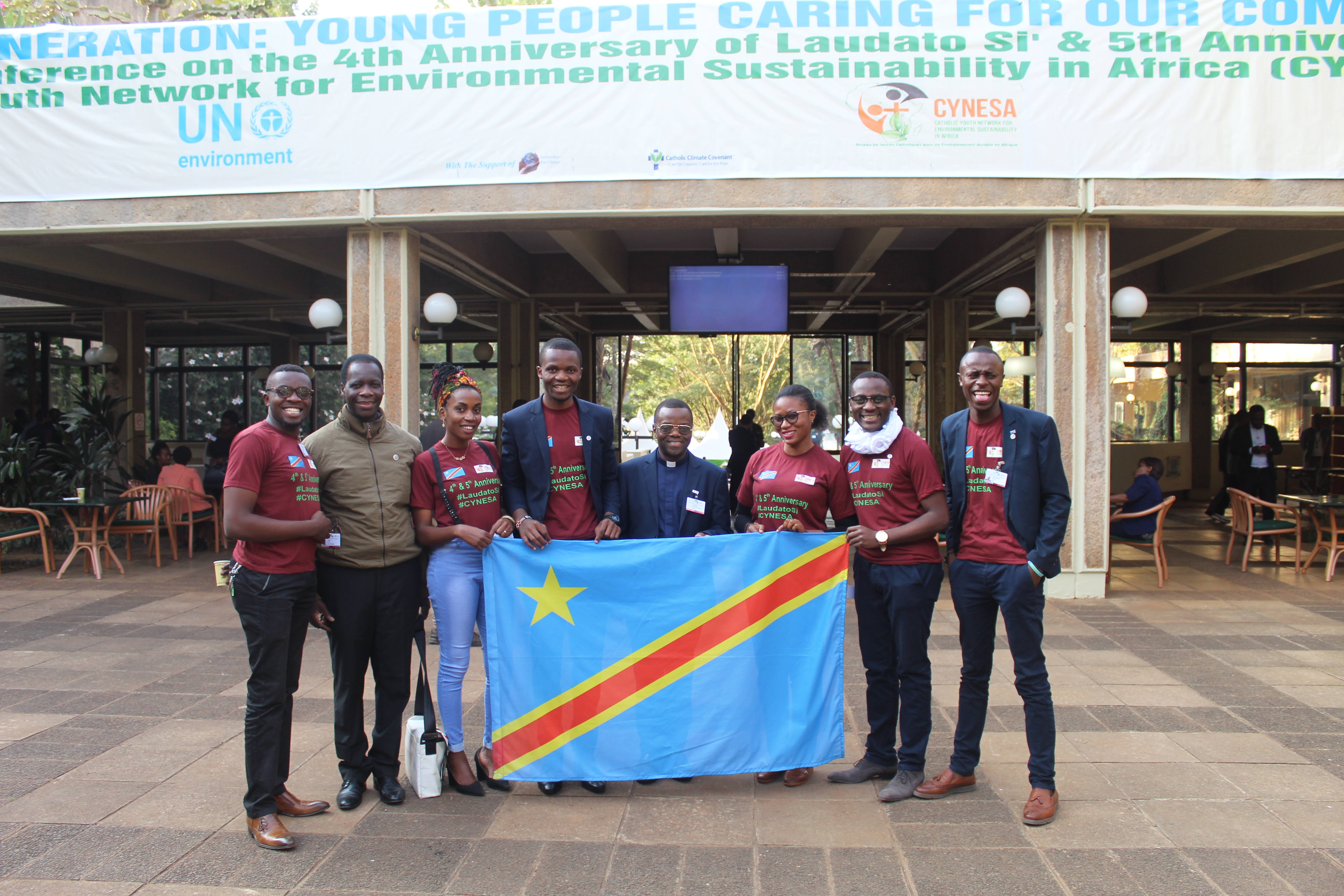 The International Conference on the occasion of the 4th anniversary of the encyclical letter, Laudato Si’ and the 5th anniversary of the Catholic Youth Network for Environmental Sustainability in Africa (CYNESA) brought together approximately 300 participants from different backgrounds, faiths, Countries, and was a major achievement for caring for the future of our earth from different faith perspectives.

Held on 15th and 16th of July at the UN Environment, the CYNESA Chapter from Democratic Republic of Congo was officially represented by its steering committee composed of the Country Director, the Secretary, the Treasurer and the Districts’ focal points. The team was honored by the presence of Father Emmanuel Kakule Vyakuno, from the Dicastery for Promoting Integral Human Development (DPIHD).

This conference has paved the way, moved forward new ideas and broadened and strengthened partnerships for the CYNESA DR Congo Chapter. It is a milestone for new actions on the ground. We have then understood that we need to use our ‘Faith for Earth’, as recommended to us through the encyclical letter Laudato Si’. We should strive and commit to support the work of Faith Based Organizations, CYNESA being one of them. 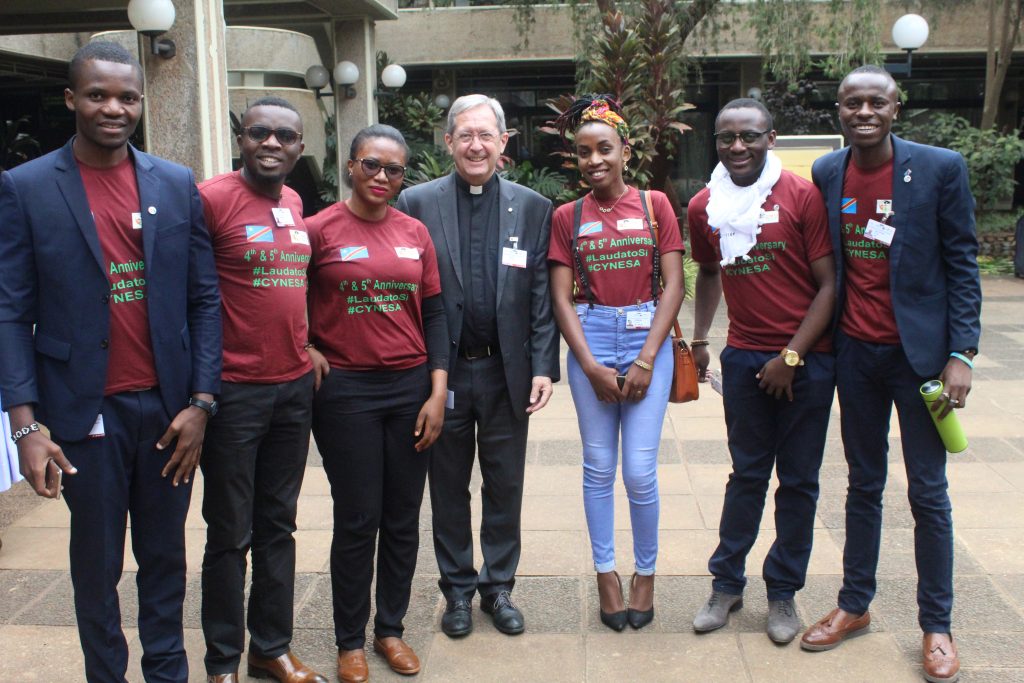 Based on recommendations from the conference, CYNESA DRCongo Chapter has planned to enhance its activities, through advocacy and making known Laudato Si’, not only at the national level but at the regional levels.

In this regards, CYNESA DRvCongo envisions to strengthen its relationship with the Great-Lakes Regions and surrounding countries especially Rwanda and Burundi, by engaging in actions such as:

We are young people and we demand change, as Pope Francis reminds us. We should first work and act for the change we need. This means living and owing the message of Laudato Si’.